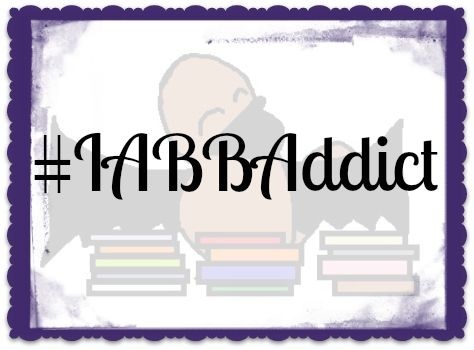 Title: Message on the Wind

Synopsis:
Would you follow your heart, if it meant leaving behind everything and everyone you've ever known? Board a train with Ellen Price and travel to a new life. Even as she begins a new life, she'll change the lives of all she meets.

Ellie turned quickly to run back to the wagon. She abruptly ran into the front of a man and almost fell down, dropping her purchases all over the ground. Looking up, she realized that he must be the tallest man she had ever seen. Daniel Cooper was tall but this man was huge! He had very tanned skin and black eyes that were blazing at her. His very long, black hair was pulled back and tied in a way that was long out of fashion. His hands were on his hips and he was clearly incensed about something. "Excuse me," Ellie said, surprised by the obvious anger on his face and wondering why it was directed at her. "I didn't see you. I just need to get back to my friends..." As she tried to reach for her packages, the giant stepped in her way, his eyes narrowing. "What happened to Little Flower?" he demanded.
"Little Flower?" Ellie asked, confused for a moment by the unusual name. "Oh, you mean the woman? The clerk in the store gave her a difficult time about buying a blanket. First, he blatantly refused to wait on her and then he tried to charge her five dollars! She left without it so, I bought the blanket for her." She paused in her explanation, suddenly, tilted her head and stared up at him. This was quite difficult given the differences in their heights. "Why do you want to know, so rudely I might add?" The stranger looked Ellie up and down rather deliberately, his black eyes returning to stare into hers once more. Having found herself in similar situations before, Ellie simply endured his frank appraisal. He seemed surprised she challenged him, her hands now on her hips defiantly, but then bullies usually were surprised when anyone stood up to them. This one seemed no exception. His expression relaxed only a little. "I am usually the one protecting The People around here." "The People? I'm not familiar...with…?" Ellie asked, noticing he was still staring at her. She continued to stare right back at him and tried not to notice just how handsome he was. "Indians." The man's eyes narrowed further as he said this, as if expecting some reaction from her.
"Have we met?" "Oh, well," Ellie stammered, suddenly embarrassed at her own behavior. "I didn't realize that you meant... or that she was... well, it doesn't really matter that she is one of the People, does it? What a lovely way of putting that, much better than Indian. Anyway, he shouldn't have treated her that way. I only saw someone being taken advantage of. I do tend to stick my nose in when I see that. A terrible habit of mine but there you have it." Thinking the incident resolved, Ellie again moved to retrieve her things from the ground. "Now, if you will excuse me, sir, I really must find my friends..." The man moved to block her yet again, apparently not quite finished with her yet. 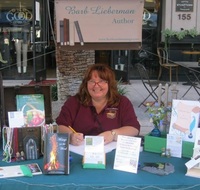 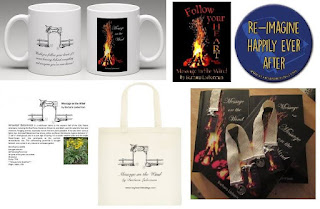