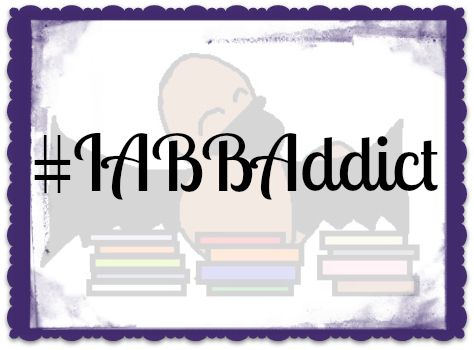 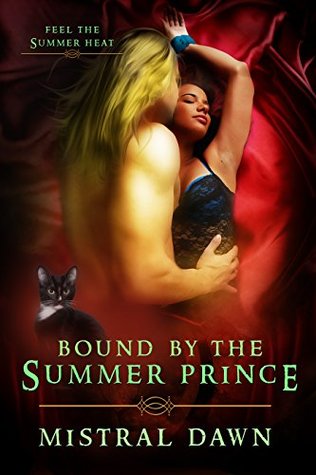 Title: Bound by the Summer Prince

Synopsis:
The Summer Court is in an uproar. The king has just been executed for unpardonable crimes, and the queen is prostrate with grief over his loss. This leaves the Summer kingdom bereft of true leadership; a problem which is compounded by the fact that the laws of Fairie require balance to be maintained by having a male and a female ruler for both Season Courts at all times. Uaine, the Summer prince, is the only one who can put things right, but he is without a mate. Knowing that he must take a bride quickly, for the sake of his people, even though he is struggling with his own feelings of pain and anger over his father's treachery, he goes for a walk in a forest near the palace to try to clear his head and determine how best to choose a female to rule beside him.
While walking Uaine discovers a human female running loose in Fairie, which is against the most basic tenets of Fae law. Furious at one more problem he must deal with, he takes her prisoner and locks her in the dungeon; only to discover later that she is his soul-mate. The magical bond between them means they are meant to be together forever, but humans can't feel the magic of Fairie. Will Uaine be able to win her heart and convince her that she can trust him to keep her safe from all the dangers of Fairie...including himself?
Roni is a human con woman and petty thief. Having run afoul of the local crime syndicate in the city where she is staying, she finds herself running for her life. Trouble is no stranger to her, but when she falls through a hole in a wall and finds herself in a world with carnivorous trees and rocks that eat people she realizes she may have found more of it than she can deal with. Rescued/arrested by the prince of the Summer Court, it doesn't take long for her to formulate a plan to use him to get herself home. Unfortunately for her, she soon finds that her heart, which she had thought long ago turned to stone, has begun to feel the love she has been playing at. Will she be able to overcome a lifetime of caution and allow herself to follow her heart? Can a criminal love a cop?
Please be aware that this book contains explicit sexual scenes, depictions of BDSM, and anal play. If these things disturb you, then this may not be the book for you.

He opened his eyes just as Roni leaned back to rest on her arms and re-crossed her legs in the other direction.  Again, he found he could not unglue his eyes from her body.

Roni crossed and re-crossed her legs, wishing she had worn a skirt instead of the jeans.  Still, her actions seemed to be having the desired effect. "Was there anything else?"

Uaine cleared his throat. "Yes! Yes, you will likely find that some members of the Court are not yet ready to accept you.  You must be very careful to guard your words, no matter what they may say to you, because it is almost certain there are those who will try to provoke you."

"Because they had hoped to occupy the position which now belongs to you," said Uaine distractedly.  He still found himself unable to remove his gaze from his Anamchara's legs.  If only she would cease moving them against each other so sensually! It was maddening to see, when all he wanted was to slide his hands, and other things, between them.

Roni waved her hand over her legs and then moved it up to her face, making sure to cover all of the area in between, and snapped her fingers. "Yo! I'm up here, dude!"

Roni slowly slid from the bed, making sure to undulate her body to its maximum potential, and slinked across the floor to stand in front of the prince.  She put her hands on her hips and looked up at him. "I'll make a bet with you."

Uaine swallowed against a suddenly dry throat. "A bet?"

"Yes, I'll bet you that if I make it through the dinner without saying or doing anything embarrassing then you'll take me on a tour around the area outside the castle grounds.  Jillian told me I can't go without guards, and the guards don't know me well enough to listen to me yet, so you'll arrange for a tour, with or without guards.  Agreed?"

Looking down into the determined expression on his Anamchara's face, he gulped. "It would be better if you delayed such an outing until you are more familiar with our ways."

"Nevertheless, if I win you'll take me out. Agreed?" she purred, leaning closer to him.

She took one hand off of her hip and reached up to crook a finger at him, motioning him towards her.  When he leaned down, she wrapped both arms around his neck and pressed her body against his.  Putting a hand behind his head and pulling his ear down next to her lips, she breathed against his neck, "You'll get what you've been fantasizing about during this whole conversation."

About the Author
Mistral Dawn is a thirty-something gal who has lived on both coasts of the US but somehow never in the middle. She currently resides in the Southeast US with her kitty cats (please spay or neuter! :-)) where she works as a hospital drudge and attends graduate school. Taken By The Huntsman is her first effort at writing fiction and if it is well received she has ideas for several more novels and short-stories in this series.

a Rafflecopter giveaway
Posted by Unknown at 6:39 PM